As an avid reader, I hope to share many recommendations right here on this blog and would love if you did the same. There are dozens of books I am dying to discuss but I have to be choosy. For now, here are a few great books that deal with recent, mostly American, history. They go a long way towards explaining how the United States got to where it is today.

Please note, there are many good books about the subject and it would be impossible to fit them all here. This is a sampling of a few great books from a field of study that gets more exciting every day. 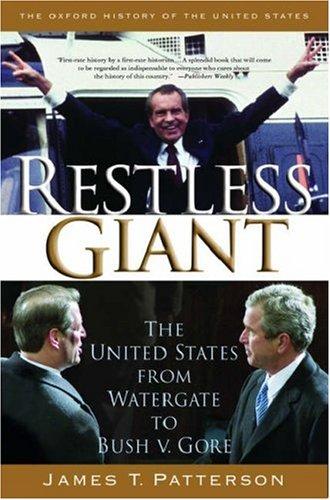 This book has been criticized for being overly general and haphazard, reading more like a recap of major news events from the past 35 years. The truth of that statement is mainly the reason why I mentioned this book first. It is a good primer for people unfamiliar with the era, mostly younger people or those outside of the U.S. What it lacks in depth and focus it makes up for in clarity and fairness. In an age when every book about modern America is tinged with political partisanship, this book is a breath of fresh air. Despite the criticisms, Restless Giant does have its moments of depth and insight. 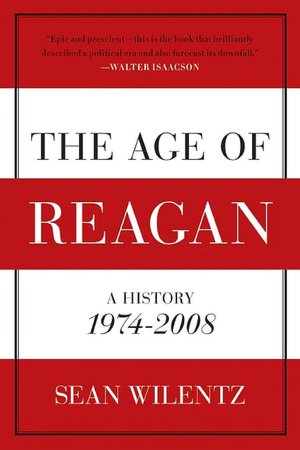 The Age of Reagan is similar to Restless Giant in every way except two: a) It is tinged with political partisanship in favor of Democrats, b) It is more in-depth. Wilentz has an axe to grind with the Republican Party. The title of the book is basically a way to place blame for all of America’s problems today on Republicans (which is not very far from the truth). Wilentz defends Clinton and Gore, basically arguing Bill Clinton was the greatest president we ever had. If you can disregard such patent nonsense, then you will get a decent amount of depth on many important events of the past 35 years.

Downsizing Democracy: How America Sidelined Its Public and Privatized Its Citizens by Matthew A. Crenson and Benjamin Ginsburg (2002)

This is perhaps my favorite book of the bunch. Their central argument is that America has gone from a country where citizens work together for the public good to a place where consumers make decisions in isolation of each other. This has led to the end of genuine grass roots movements. Instead, special interest groups hire lobbyists to make back room deals. The closest thing they are to grass roots is receiving individual donations from supporters. People now express their politics by donating money to the groups of their choice. Political debate has taken a back seat to poll numbers which, as the authors point out, shape public opinion more than measure it. All of these developments have grown out of a corporate mindset that has influenced everything, including politics. People are treated like consumers, public institutions become privatized and ideas become sound bites. The book is a well-researched, well-reasoned sketch of the corporate takeover of our democracy.

The Roaring 90s: A New History of the World’s Most Prosperous Decade by Joseph Stiglitz (2003)

This book is a sleeper. Everyone knows Joe Stiglitz for his more popular works like Globalization and its Discontents and the Three Trillion Dollar War, not to mention his frequent contributions to online and television media. Stiglitz was a big player in the economic policy world in the 90s, being a member of President Clinton’s Council of Economic Advisors and Chief Economist at the World Bank. Rather than celebrate the economic boom of the era, Stiglitz sees it as a cause for concern. The 90s saw the triumph of a supposed free market regime touted by a generation of economists who were “free market fundamentalists”. They called for the selling off of the public sector and deregulation of large corporations. At the same time, poverty has gotten worse and average citizens have no say in the system. There is a reason why Stiglitz is one of the most cited economists in the world and it is for readable and valuable books like this.

The Death and Life of the Great American School System: How Testing and Choice are Undermining Education by Diane Ravitch (2010) 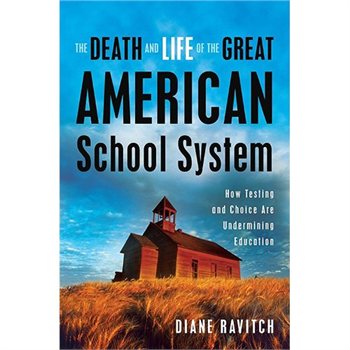 This book is of course a personal choice. It certainly does not need a lengthy explanation from me. Others have already explained the virtues of this book far better than I can. Simply put, it has been the single best refutation of education reform written to date. The only, very minor, criticism I have is that I wish Diane Ravitch connected the schooling debate to a wider context, like the triumph of corporate Neoliberal policies over the past 35 years. Otherwise, anyone who wishes to engage in the public schooling debate has to reckon with Ravitch.

The Shock Doctrine: The Rise of Disaster Capitalism by Naomi Klein (2007)

This one is an obvious choice. Naomi Klein has become one of the most celebrated intellectuals in the world today. Her work, especially The Shock Doctrine, was a major inspiration of he Occupy Wall Street movement. Klein’s thesis is simple: crises around the world have been used as excuses to implement reforms that benefit corporations. Where there is no natural crisis to exploit, one will be made up. (The “crisis” in public education comes to mind). It is a thesis that has only proven to be more true as time goes on, the economic crisis being another excuse to hand over trillions to banks. The intellectual source for all of these reforms is the late Milton Friedman, who trained an entire generation of economists in Neoliberal ideology. We are today living in the full bloom of the Neoliberal movement. The Shock Doctrine helps us make sense of it.

Jihad: The Trail of Political Islam by Gilles Kepel (2002) 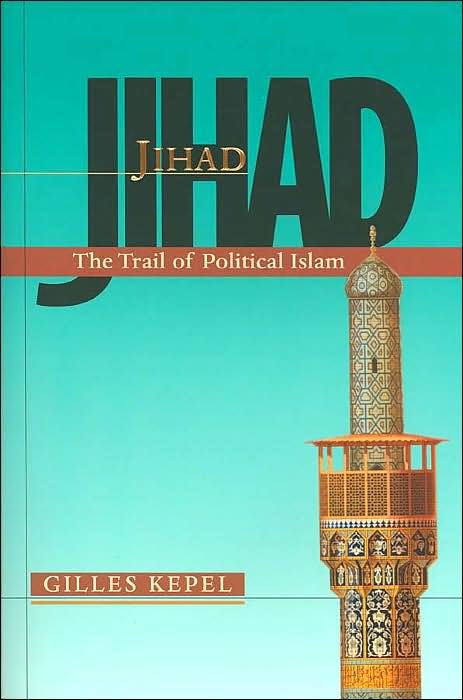 Jihad is another sleeper. It deals with one of the most important issues of our time in a sophisticated, informed manner. Kepel does a masterful job explaining the rise of radical Islamic movements in the Middle East, reaching back into history to illustrate the forces that are shaping the Muslim world today. It is difficult to find books on this topic that are not either racist anti-Arab rants or saccharine paeans to peaceful Islam. Instead, this is a book for people who want cold straight facts on the Middle East presented in a comprehensive, illuminating and non-judgmental manner. It helps that Kepel is French and, therefore, not tainted by the way we discuss such things in America. His hopes that radicalized religious movements in the Middle East will die off naturally might be a little naive but it does not detract from the overall quality of the book.

Griftopia: Bubble Machines, Vampire Squids, and the Long Con That Is Breaking America by Matt Taibbi (2010) 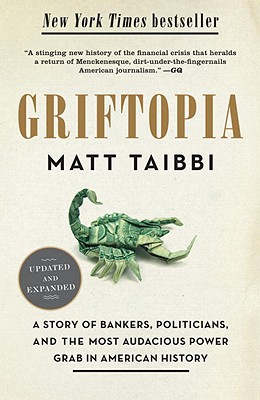 Surprisingly, there has not been a wh0le heck of a lot written on the financial meltdown that is worth reading. Besides Michael Lewis’ The Big Short, Griftopia is the biggest little book on the subject. Taibbi covers sub-prime mortgages, collateralized debt obligations and credit default swaps in clear, fresh language. Not only does he describe the chain of events that led to the economic crisis, he explains the philosophy guiding those events. He brings out the unbridled greed and sense of entitlement guiding many of these firms. In so doing, he is not afraid to call it what it is: fraud. It does not matter what things are illegal and what things were not. The entire system is rigged against us.

Taken together, these books will give you a thorough sense as to where we are as a country. There were many more books that could be put on the list. If you have any recommendations, post a comment.

3 responses to “Readings in America’s Downfall”

Leave a Reply to The Assailed Teacher Cancel reply