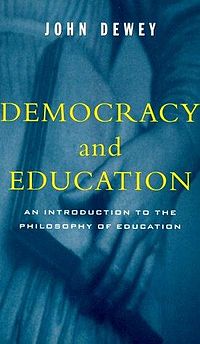 It seems like another “Fight Back Friday” at John Dewey High School. Norm at Ed Notes is reporting that the students have walked out of class in protest of Mayor Bloomberg’s “turnaround” plan for their school. This plan will entail firing half the staff and no doubt gutting its many enrichment programs.

Looking at the 33 turnaround schools across the city, one sees right away that many of them are the types of large high schools that Bloomberg has a penchant for shutting down. Earlier this year, I visited one of these turnaround (or is it “transformation”?) schools at Franklin D. Roosevelt in Brooklyn. It has a large, beautiful campus peppered with grassy sitting areas. Its wide hallways are festooned with trophies won in contests like the Lincoln-Douglas debates. The championship flags in the gymnasium indicate a long tradition of athletic achievement. The feel of FDR reminded me of my beloved Alma mater of Brooklyn Tech.

These are schools from a bygone era when people saw education as a civic institution and the school building as the heart and soul of the community. What can you say about the values of a mayor who sees fit to hollow out these schools?

As far as John Dewey High School goes, Bloomberg has been setting it up for failure for years. The New York Times reported back in 2008:

“…. With only three of the five mini-schools at Lafayette now open, department officials say, enrollment in the Lafayette building has declined to 1,064, from 1,320 last year. New admissions from the Lafayette area to Dewey, especially of ninth graders, have risen by one-third over the same period, but overall enrollment has declined since 2004, bringing the school to about 118 percent of capacity, they say. (The total number of Lafayette-zoned students in Dewey, though, has remained stable.)

Faculty members, students and administrators at Dewey say that the students coming from Lafayette are academically deficient, although Education Department statistics show that the current crop of ninth graders performed essentially similarly to previous cohorts on the citywide reading test. Still, the perception at Dewey is that Lafayette students did not choose Dewey for its quality, but landed there by default because they did not qualify for any of the Lafayette building’s mini-schools. With the overcrowding, Dewey students and staff members say, in many periods of the day there are several hundred students with no assigned room, often roaming the halls. A round of budget cuts this year sharply reduced staffing of the “resource centers.”

In other words, overcrowd and underfund John Dewey for the sake of maintaining the image and reputation of Bloomberg’s disastrous small school model.

The students and staff of John Dewey High School know Bloomberg’s game. They are doing what John Dewey himself called for 100 years ago in Democracy and Education: schooling through engaging in the world around them. They are showing us what needs to be done when democracy is under attack.

You cannot be against public education and for democracy. Bloomberg, through his mayoral controlling, school closing, charter schooling policies has proven that democracy to him is a dirty word.

On the eve of tomorrow’s State of the Union conference, the students are giving all of us hope in the fight against the corporate hijacking of our democracy.

2 responses to ““Democracy and Education” at John Dewey High School”