Fortunato Rubino: Profile of the Possible 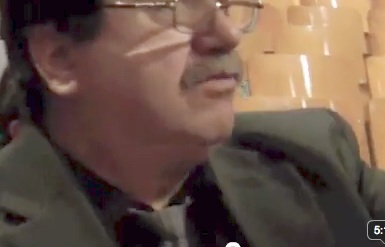 I never knew Fortunato Rubino, but I know what he represented. Unfortunately, Mr. Rubino passed away this morning, taken way too early from his family, his community and the students he faithfully served for decades.

Norm at Ed Notes posted a great celebration of Fortunato Rubino’s life’s work. Reading about the type of man he was, one word really comes to mind: mensch.

I find myself using that word a lot lately. Working in the Department of Education, one does not necessarily come into contact with many people who fit that description. It is even rarer to find at the administrative level. I have learned to value the people who can look me in the eyes and mean what they say.

As Norm said on his blog, Rubino was the type of administrator who shielded his staff and students from the ridiculous dictates of Tweed. His death seems symbolic as the death of an era. After 10 years of Bloomberg, we have gone from having an education system to having a corporatized system that does education, and does it poorly. Mr. Rubino was a man from another era, an era when teachers were respected and experience counted for everything.

Without people like Fortunato Rubino, we are left with a system of robot administrators with no other purpose but to fulfill Tweed’s every last whim. We are stuck with the principal who locks himself up in his office and sees everyone outside of it as a threat. Any union action, any independent thought, any criticism is seen as an attack on the principal itself and must be destroyed.

We are coming into the era when fear and paranoia are the rule in every school building. Cameras will be everywhere, teachers will be in competition with each other and the principal will lord above them all with the power to destroy with the swipe of a pen. There is no such thing as dialogue between staff and administration. Staff meetings are opportunities for administrators to berate teachers into doing whatever it is Tweed wants done at the moment. There is no such thing as cooperation between teachers. All laughter is laughter at the principal and must be eradicated immediately.

While Fortunato Rubino was taken from us too early, his example points the way to what is possible. Administrators can, in fact, buck the system. They can throw their bodies on the machinery and ensure that Tweed’s nonsense does not all filter down to the students. By building social capital within the community, by knowing the parents, the children, the teachers and the local institutions, by knowing their interests and concerns, an educational leader can make the best out of very limited resources. Through imagination and broad-minded tolerance, they can reconcile the competing claims of different groups and formulate actual policy that is not just a memo from Tweed.

We need 10, 20, 30 more Fortunato Rubinos if the children of New York City are to have any hope that their schools will be healthy places of learning. Perhaps teachers, the ones who know what is going on, should take the initiative to become education leaders. Maybe instead of trying to get out of the system, we should try to move up. This would be the only antidote to the small-minded and weak-willed automatons that call themselves administrators today.

The alternative is just too scary to think about.

11 responses to “Fortunato Rubino: Profile of the Possible”