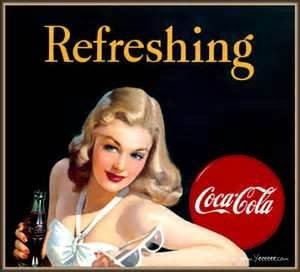 This blog started two years ago as a labor of ignorance. Certain things were going on around the country and in my career that I felt needed exposure. Little did I know that there was an entire universe of teacher bloggers who were so eloquently describing many of the things I was thinking, feeling and experiencing. I am thankful to have come across them. Writing this blog has opened up more doors and introduced me to more fantastic people, both online and in person, than I ever thought possible.

After almost 300 posts into my blogging career I can say that I have no intention of stopping. Being banned by the Department of Education really showed me that I was onto something. As far as I know I am still banned on DOE servers because, 9 times out of 10, I cannot access this website from work during lunch. I get the feeling that this website, combined with my foray into education activism, has made me a marked man. Without totally giving away why I think this way let’s just say that I can pick up on non-verbal cues very well.

I have a big mouth both online and in person. The lengthy pontifications you read here are just polished written versions of ramblings to which my coworkers and students have been subjected. They also take a great deal of effort on my part and have seriously cut into my sleep time. The posts that go up here at 6 in the morning were usually completed just 4 hours prior, this one being no exception.

To mitigate some of the damage this is doing to me, and since I cannot be trusted to shut up of my own accord, I have been harassing a few choice people to act as regular guest bloggers here. I targeted these people because I envisioned each of them bringing something new and unique to this site. “Target” is the correct word here since it is no easy task to convince people with their own lives and responsibilities to commit to writing for no reward, no recognition and no tangible benefit. On top of that, they have to deal with an arrogant egomaniac like myself who will be constantly on their case.

Yet, I have managed to get assurances from them that they can be somewhat regular contributors to this site. I will introduce each of them with a separate post.

So I would like to take this opportunity to introduce you to the first of the guest bloggers who will be coming around these parts from time to time. We’ll call her Ms. Ortiz.

I first met Ms. Ortiz 7 years ago at the high school in which I currently teach. She was an incoming freshmen starting a new school and I was a younger (less old) teacher getting a fresh start in a new work environment. That first day of school is still clear in my memory. I was sitting in my classroom a half-hour before the first period of the school year was scheduled to start. In walks this freshman wanting to know if the room she just entered was where she was scheduled to be. After I answered in the affirmative she took a seat in the front row and we spent the next half hour in awkward silence. She was the first of my new students that I met in my new school and we were off to a heck of a start!

Little did I know that this was an adumbration of the rest of the school year for Ms. Ortiz. I should have known that a freshmen who shows up a half-hour early on the first day of school and sits in the front row voluntarily was going to be trouble. Over the course of the school year she would prove to be an incredible student. She was always raising her hand, asking questions, handing in 3-page homework assignments and generally spoiling me as to the type of student I could expect in my new school. I thought “who are these strange creatures who do all of their work and are genuinely interested in the topic”?

But this was nothing compared to the research paper she turned in. The assignment called for a 3-page biography on a historical figure pre-1600. What Ms. Ortiz handed in was a learned tome on the life and career of the Roman Emperor Constantine. Until this day she swears it was only 6 pages but I distinctly remember flipping through at least 14, not including cover page and bibliography. There was no way I could have given her anything less than an “A” despite the fact it was a classic case of overkill.

After her freshmen year with me Ms. Ortiz went on to have a bright future in history. She went into the Global Honor’s class, then AP U.S. History and, finally, AP European History.

This is why I was surprised when, after she graduated, she said she wanted to be an elementary school teacher. Something did not seem right about that. She was a brilliant person with an expansive mind who loved history. I could not imagine her  finding fulfillment in either a k-6 education major or a career in teaching rudimentary skills to young children. She would barely be able to use the history she loved so much.

So I lobbied vigorously to try to get her to change her mind before it came time for her to declare a major. Why not be a history teacher? I don’t know if it was a result of my harassment or not but she eventually did decide to go with her love of history. She is now in the latter part of her junior year and coming by the school to observe classes. Next year I will mentor her for her student-teaching internship.

While I am proud that Ms. Ortiz is taking this path I am also concerned. The last student-teacher I mentored was never able to find a job and ended up going into law instead. Even if she does land a job, how long will it be before Ms. Ortiz gets her first taste of harassment? Will she work her fingers to the bone in the first three years of her career only to have some maniacal, incompetent principal deny her tenure? At every step of the way I second guess the advice I gave her to go into teaching at all.

The good thing is that Ms. Ortiz knows what is happening to the education system. She will not be one of these reformy Tweed drones who mindlessly accept every policy and directive handed down to them. Not only is she too smart for that, she has a conscience. If the DOE ever starts hiring again, we would all be well served for them to take on new teachers as tuned in as she is.

Ms. Ortiz will be coming around from time to time to share her experiences on what it means to metamorphosize from a student into a teacher in this age of madness. How does a young teacher adapt to this ridiculous system? How does a young teacher view her prospects for the future? What lessons are there to be learned as a young person trying to break into our thoroughly “reformed” public schools? What lessons can we learn from her?

We hear so much from people who want to break into teaching because they want to “save” the world, “save” the little poor kids from the inner cities and, above all, “save” themselves. The internet is awash in the sanctimonious musings of arrogant, privileged brats who think the most important career to which you can dedicate your life is some sort of charity work. They swoop in like marauding Vikings, plunder all that they can and leave the students they claim to want to “save” still stuck in the inner cities while they go off to make six figures in their “real” careers. But, hey, at least they get lots of pictures for their tumbler account so they can prove to all of their privileged friends that they were “there”.

Finally, with Ms. Ortiz, we can hear an authentic voice. We can finally know the “journey” of a person who wants to teach because they love their subject and loves the idea of getting other people to love it too. We can hear from someone who is not in a rush to show everyone back home that they were “there”, since “there” is home for Ms. Ortiz

I will not tell you exactly when Ms. Ortiz will post her first piece. I will just let you come to this site one day in the near future to be pleasantly surprised to find it here.

Please welcome Ms. Ortiz to the Assailed Teacher blog, an authentic voice for the next generation of authentic educators.