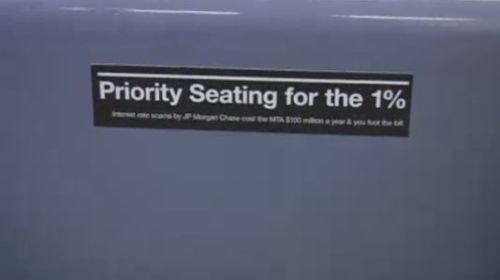 So far, this is the only seat at the table that our union leadership has.

We saw that the New York City teacher strike of 1968 revolved around the conflict between union protections for teachers and community control of public schools. The United Federation of Teachers, in its quest to break the community control experiment, allied itself with the establishment. Since that time, the establishment has proven less and less willing to have us as house guests. It is now at the point where the establishment is throwing our clothes out of the bedroom window while we look up helplessly, begging to be let back in.

In order for our union to be viable in the future, we must repair that link to the communities we serve which was severed in 1968. It is clear that this is not the tactic of our current Unity leadership. If left up to them, we will be standing out in the cold in our underwear watching the establishment burn all of our clothes. We will continue to beg impotently to be allowed back into the house right up until the end.

Instead, repairing those ties to the community falls on the shoulders of the MORE caucus. If they can successfully do this, they have a chance of both winning some measure of leadership in the union and saving public education. How to do this is the million-dollar question.

The equation is simple. Education “reform” has gotten so much traction over the past 10 years because it is funded by the wealthiest people in the country. These wealthy people donate to political campaigns. Usually, the politician who is the best funded wins the election. Therefore, politicians bend over backwards to satisfy the reformy crowd so they can be ensured of continued campaign contributions, which ensures them of continued power.

Our union can never hope to match the campaign contributions of the reformy crowd in this age of Citizens United. What the union lacks in money it must make up for in votes. It must be able to punish reformy politicians by taking them out of power. It must be able to reward its supporters by keeping them in power. The only way the union and public education will survive is through the power of votes.

As far as NYC is concerned, this requires a grassroots strategy to engage the communities we serve. Unfortunately, those communities are being divided between those who get the “good schools” (charters) and those “left behind” in the public schools. It is certainly not the reality that charters are good schools, but it is the perception. Instead of advocating for teacher evaluation schemes and bar exams, the union should push for legislation that gives parents a measure of control over their schools. This should be a hallmark of social justice unionism.

One of the reasons why the community control experiment in Ocean Hill Brownsville failed was because the parents in the neighborhood did not vote. The politicians in Albany disregarded them without any fear of reprisal. By extension, the UFT disregarded them for the same reason.

Of course, this strategy is much easier said than done. Many of the communities in which we serve are disengaged from the political process totally. Making them engaged again would require a massive effort.

At the same time, there are communities in NYC who are somewhat more engaged. These are the communities that should be targeted first. Imagine the union pushing for legislation that would give parents oversight of the charter schools in their communities. Imagine the union pushing for legislation that would end mayoral control and empower parents to have a major say over education policy for public schools. Imagine the union being associated with measures that would give parents a true voice in the education of their students. Even if these laws fail to pass, which they are sure to do, they will at least call the bluffs of all the reformers who claim to put “Children First”.

As of now, our union has been going in the completely opposite direction. Through support of mayoral control, Common Core and Race to the Top, the union has been complicit in the progressive centralization of education policy. It has done this in the naive (and mistaken) impression that they will be allowed to have a seat at the table. And yet, despite the fact that the union has supported every measure of centralization over the past 10 years, they find themselves standing on the lawn in their jammies begging to be let in. There is no seat for us at the table after all.

Therefore, it is time for the union to hitch their wagon to the star of decentralization. Legislation is just the start. We have to knock on doors, be at community board meetings, have a presence at the Panel for Educational Policy hearings, sponsor community events, register people to vote and inform parents of their rights through both social media and printed literature. There has to be a sense that the union is on their side.

Of course, this takes a core of dedicated teachers. It requires first that the teaching force be activated. This is the stage in which MORE finds itself now. Much like our communities have been disengaged, the rank and file of our union has been disengaged as well. Unity has never had an interest in activating the rank and file. I myself never even knew that we could vote for our leadership until I became a chapter leader. An activated rank and file is anathema to Unity.

In short, MORE is going to have to compensate for decades of Unity inaction. After this, they are going to have to activate communities that have been disenfranchised while getting the enfranchised ones on their side. This requires patience. Above all, it requires pragmatism. Ideology will be MORE’s worst enemy. An irrational marriage to outdated or quaint beliefs will strangle a very promising movement in its cradle. Community means exactly that: community. The communities we serve are diverse and our thinking needs to be diverse if we wish to reach them.

In my mind, MORE has the potential to be greater than Chicago. They have the potential to bloody the nose of the reformer movement far beyond what the Chicago teachers are capable of. This is not due to any particular flaw in what the CTU is doing. This is due to the sheer fact that the NYC public school system is the largest in the country. Our thinking needs to be large as well.

Anything less will end up with us stomping out the embers of our profession while those who truly have seats at the table laugh at us.

2 responses to “WHAT DOES SUCCESS FOR THE UFT LOOK LIKE?”