KUDOS TO THE PARENTS OF P.S. 59: WHAT THEY CAN TEACH US ABOUT OUR SCHOOLS 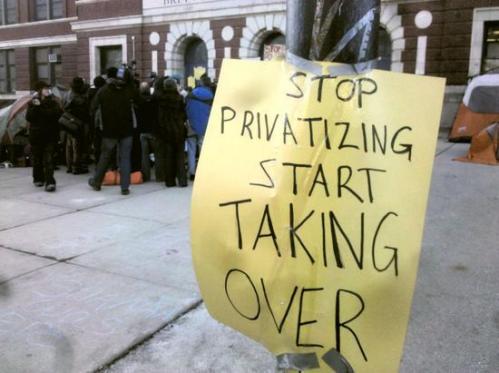 Yesterday I criticized how the whole slavery math problem situation at P.S. 59 was handled. Although the teachers involved did not make the best decisions, the worst decisions of all were made by student teacher Aziza Harding and NYU Professor Charlton McIlvain.

Harding did not bother to speak to her cooperating teacher about the matter. McIlvain rang the alarm bells by calling the media. Indeed, there might have been more sinister motives behind what either McIlvain or Harding did. Hopefully time will reveal if these people were motivated by publicity or just mere stupidity.

Yet, I must give credit to P.S. 59’s principal Adele Schroeter. She called in the parents in an attempt to provide an open forum on the matter. The parents, for their part, defended their children’s 4th-grade teacher, Jane Youn.

The parents exercised loads more common sense than Harding or McIlvain. While the parents did not believe that the homework sheet was appropriate, they also recognized that the sheet did not represent everything their children had learned about slavery in Ms. Youn’s class. They fiercely defended their children’s teacher, recognizing her skill and hard work on behalf of their children. The parents saw this for what it was: a mistake from which they could learn.

This story highlights an interesting point about Bloomberg’s Department of Education. One of Bloomberg’s first changes, through his puppet Panel for Educational Policy, was to hire so-called “Parent Coordinators” for each school. Ostensibly, these Parent Coordinators were supposed to be liaisons between parents and their schools. Instead, they turned out to be people whose jobs it is to tell parents only the things the administration wants parents to know. Parents are not encouraged to bring their concerns to the Parent Coordinators. Even if they do, it is unlikely that those concerns go any further.

The Parent Coordinator position, along with the replacement of local school boards with a centralized PEP answerable only to Bloomberg, effectively shut parents out of any say over how their children get educated. This has allowed Bloomberg a free hand to close schools, fire teachers and hollow out enrichment programs. He made sure to keep the parents at arms’ length before embarking on his destruction of the city’s schools.

We see what happened at P.S. 59 when parents got involved. Hopefully, their defense of their children’s teacher will make the DOE think twice about taking any disciplinary measures against her.

This lesson should be heeded by our union. For the past 10 years, they have kissed up to the Bloomberg machine in hopes of getting some scraps. The UFT has been the puppy dogs at Bloomberg’s dinner table, anxiously awaiting a morsel to fall from his plate and grateful for every bit they get. Where has it gotten us?

The union must shift alliances away from centralized mayoral control and towards decentralized community control. The union must advocate for parents to be partners, not onlookers, in the education of their children.

We know why the union has refused to take this type of stance. They fear helping parents gain too much of a voice will usurp their own seats at the table. How much smaller can the seat at the table get as it is? 10 years of mayoral control have reduced our seat to a mere stool, one with wobbly legs at that.

Only the community and only the parents can help teachers restore their seat at the table and ensure educational integrity for our children.

The actions of the parents of P.S. 59 is a microcosm of this fact. Their advocacy has strengthened the position of an embattled teacher. It has also ensured a measure of integrity in their children’s education by double-checking what they learned about slavery and defending a strong teacher.

Unity take heed: this is where your future lies.

3 responses to “KUDOS TO THE PARENTS OF P.S. 59: WHAT THEY CAN TEACH US ABOUT OUR SCHOOLS”