ABOUT THOSE RACY PICTURES 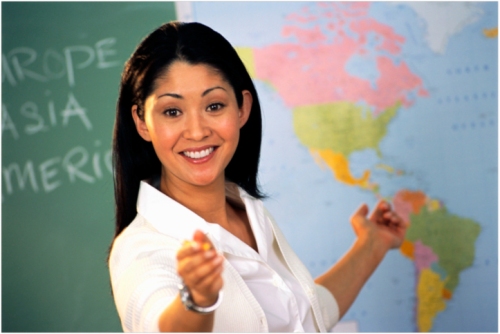 Is this picture too racy for a semi-private email account?

The print tabloids here in New York City have been all over the story of Matthew Maleski. He is the special education teacher from the Upper East Side who was recently terminated from the Department of Education for sending racy images of himself in response to internet ads.

At first glance the story seems to be seedy and shocking. Maleski, a gay man, had been responding to personal ads via a social networking site known as “Hornet”. Apparently, he was using an email account associated with the school to transmit pictures and videos of himself in his boxers, an email account he shared with another teacher.

The first question I ask whenever one of these salacious stories makes its way into the headlines is: “how were children hurt?” The next question is: “what DOE-related time and/or resources were used in the commission of the act?”

The answer to both of these questions seems to be: NONE.

First, the only other person that saw these images was the teacher who shared the account. Someone not reading these articles closely might think that entire classes of children somehow saw pictures of their teacher in boxer shorts. According to the NY Post article, the teacher with whom Mr. Maleski shared the email address spoke to him about the pictures and informed him she was bumping him off of the account. In response, Mr. Maleski apologized and stated that he did not mean to send the images via that address.

This is where things should have ended. To her credit, the teacher did the professional thing by bringing her concerns to Mr. Maleski first. Mr. Maleski, to his credit, duly apologized and explained that it was a mistake. However, somewhere along the line the teacher brought her concerns to the principal. Seeing as how Mr. Maleski did not have tenure, such an accusation surely meant certain termination. What the teacher’s motivations were, and what else transpired between the two teachers, is something I suppose we will never know.

One thing is for certain: no children ever laid eyes on these racy images. Ironically,  now that this story is city-wide news, it is almost certain that some of Mr. Maleski’s students have now seen the images and know the story behind it. It is clear that the media does not care about children. It is also clear that the DOE does not care either, or else they would have prevented this story from getting into circulation in the first place. If you think the DOE could not have possibly done so, then you obviously do not know the DOE’s propensity for sweeping things under the rug.

This brings us to the less serious question regarding what DOE time or resources were used by Mr. Maleski. Sources say that the images were sent early Friday morning and on Sunday. This certainly does not seem like DOE time. It might depend on how early on Friday morning the pictures were sent and if Mr. Maleski was on the clock during those hours.

Regarding what DOE resources were used, Mr. Maleski clearly did not use his DOE email address. Him and his colleague were using a Gmail address. This is clearly demonstrated in the tortured reasoning the DOE used to justify his termination: “[Mr. Maleski] committed employee misconduct by sending inappropriate email communications from an email address that represents a DOE site.”

Really? And what “DOE site” did the email address represent? More importantly, what is the DOE policy regarding the usage of commercial email addresses?

I can field that question: there is none. Richard Condon’s Office of Special Investigations makes policy up as they go along. Essentially, whatever allows them to fire a teacher is the policy du jour.

That means that the only remaining question, one that not even the DOE seemed to bother to address, is whether or not Mr. Maleski used a DOE computer to send any of the images. This would have only seemed possible if he came to work early Friday morning and sent the images over a DOE computer before classes started.

Let us say he did use a DOE computer. Heck, let us say he used DOE time. Let us assume that it makes sense for a Gmail account to represent a “DOE site”. Is any of this grounds for termination?

I suppose the answer to this question is a matter of opinion. Young, non-tenured teachers deserve room to grow and learn from their mistakes. Those mistakes not only take place in the classroom but in the teacher’s lounge and even private life. This entire matter could have been resolved with the principal calling Mr. Maleski into the office and telling him not to do it again. Given the apologetic attitude he displayed to his colleague, it is a safe bet to assume that he would have been more careful in the future.

As we know, however, this story is not about a bunch of racy pictures. It is about the DOE’s desire to terminate teachers whenever they get the opportunity. Veteran and minority teachers have been a special target of Condon’s office. In recent years, younger and non-tenured teachers have increasingly fallen victim to bogus charges as well. This is because the DOE does not want to grant anyone tenure. Instead, principals are finding any excuse they can to extend the probationary period for young teachers, then drumming up bogus charges to get rid of them. It is the DOE’s unofficial policy to have a temporary, and low paid, teaching force.

It is research paper season in my classes. In years past, I used to create a commercial email address for my students so they can send me drafts and ask me questions about their work. Now, however, I have been giving students my DOE address and that is it. At least with DOE mail there are semi-clear regulations. Teachers who use regular email addresses put themselves in a netherworld with no DOE regulations where Condon’s office can make up any charges they wish. No teacher should leave themselves open to such nonsense.

I wonder if teachers in the suburbs face the same paranoid policies? From what I hear I seriously doubt it. Teachers in urban areas are over-regulated and afraid to go that “extra mile” for any student. That means that our students in the inner cities, the children that need more “extra miles” from their teachers than anyone, are being deprived. The DOE and every urban school district wants us to be paranoid, robotic bureaucrats. Despite this fact, most NYC teachers do go that extra mile. Many have been punished for such an evil deed.

Finally, I wonder if this story would have gotten as much press mileage if Mr. Maleski was straight? Somehow I doubt it. The media’s goal is sensationalism. The DOE’s goal is to drag the collective names of teachers through the mud. This story exemplifies that perfect symbiosis between these two things.

Mr. Maleski did not deserve to be terminated. I sincerely hopes he sues the DOE and, like so many other wrongfully terminated teachers, regains his job.

21 responses to “ABOUT THOSE RACY PICTURES”