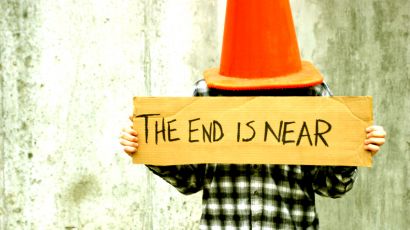 Perhaps this might help with surviving the school apocalypse.

Two of the keys to victory in this amorphous war over public education are being religiously practiced by the progressive Annenberg Institute for School Reform at Brown University.

The first key to victory lies in their website. Every paragraph is festooned with reformy language. Their aims seem to be indistinguishable from those of Students First or any other privatizer-friendly “research council”. By speaking in glittering generalities in order to hide their agendas, the reformy crowd has thrown out the rope by which they will eventually hang.

Everyone is for “improved outcomes” and “bridging the achievement gap”. The incessant need for reformers to assure us of their genuine desire to accomplish these things have made these terms tropes with no real meaning. Any group, organization or movement can slip snugly under the covers of this rhetoric to hide their own respective agendas.

The public has become so accustomed to these terms that no organization who hopes to truly affect education policy can afford to not use them. “Closing the achievement gap”, for example, is an idea that a deft rhetorician can use to mean equalizing resources among all schools around the country, just like the reformers usually use it to mean boosting test scores.

In the end, all it really takes is for us to repeat and aver the purity of our intentions  using these terms as frequently as the reformy crowd.

Of course, this rhetorical approach should be coupled by truly progressive action. Annenberg recently kicked off an initiative called A+ NYC aimed at lobbying the mayoral candidates in the name of what parents want for public schools. They recently sent a battered school bus around the city to reach parents who wanted to share their voices.

Not surprisingly, the biggest concerns turned out to be the disappearance of extracurricular activities and over-reliance on testing. This is a far cry from the manufactured clamoring of parents for more charter schools. It goes a long way towards explaining why Eva Moskowitz and her ilk have to get signatures of out-of-district parents to petition for charter schools.

What really needs to be done, and what Annenberg seems on the verge of suggesting, is the creation of the idea of parents as voting blocs. Parents are used to having their names invoked whenever one group or another wants to push some sort of privatization or censorship. Yet, they have never truly been framed as a voting bloc.

A voting bloc needs to be united behind at least one common idea. For parents, “great schools” are not enough, since that is a trope and not an idea. This is where the reformers fail and from whence the next great school movement has to start. Parents as a voting bloc must be connected to the idea of a “better school day”. An idea like this, on which the Chicago teachers put their fingers during their strike, is general enough to unite a wide swath of parents while having enough specific connotations to mean something.

And these specific connotations would be decidedly at odds with the reformy agenda. Instead of equalizing “outcomes”, the focus needs to shift towards equalizing resources. What will be important is what we as a society put into the schools, not what we can get out of the schools in terms of trained labor, higher test scores and no-bid contracts.

Who would be able to argue against an idea that wants great schools for all children?

Discarding the vapid terminology utilized by the reformies is a mistake. Instead, true public school advocates have to flay the reformer beast and walk around wearing its skin.

2 responses to “A GENERAL STRATEGY?”