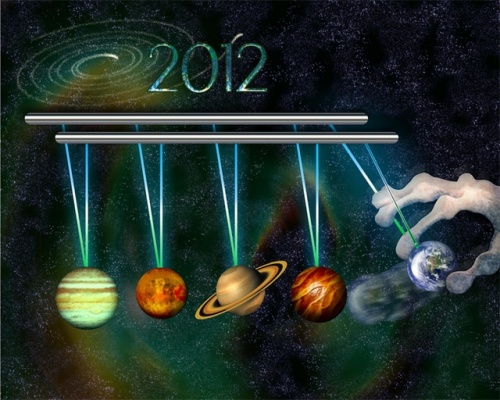 It was the first hour of 2012. The occupiers returned to Zuccotti Park to briefly convert it to Liberty Square. There was revelry. A few tweets of hope went out on Twitter. 2012 will see the final triumph of democracy. Then the police closed in. The occupiers were ordered out of the park. Plastic handcuffs were readied. The police took the space back. There will be no new occupation after all. It was the opening note of 2012.

And this is a fitting note. The uncertainty this morning at the park reflects the uncertainty surrounding 2012. We do not know exactly what will happen this year. All we know is that things will be much different by the time it is over. There are many wild cards: Occupy Wall Street, the elections, Scott Walker’s recall, deteriorating relations with Iran and a worldwide economic crisis. How these wild cards pan out by year’s end will go a long way in determining exactly what type of change 2012 brings.

Behind all of these things is a classic battle between good and evil. The forces of evil have been in the saddle for over 30 years. In that time we have seen an increase in the wealth gap, incarceration and suppression of certain opinions. It has been an era of corporate repression. But, for the past few years, there have been signs that might indicate this era is ending. Icons that made their name in this era, like Jerry Falwell, have passed from the scene. New types of leaders like Bernie Sanders and Elizabeth Warren are rising.

And so we instinctively know that 2012 will be a watershed year for determining this battle. Something is going to change. It is entirely possible that the forces of corporatism can win, only in a much more radical form. This can take the shape of even more severe repression of democracy at home, something which a war with Iran can accomplish. It is also possible that there can be an outpouring of democracy led by a new crop of straight-talking, progressive leaders. The elections can help this along, even if only some people elected are true friends of democracy.

This is the battle that played out this morning at Zuccotti Park. For a minute it seemed as if 2012 was going to start with a giant, heartening victory for democracy with the return of the occupiers. Then the cops rolled through and showed that things will not be that easy. Both sides are dug in for the new year, knowing that what they do over the next 12 months will go a long way in deciding the course of history. By the time we get to the end of 2012, the template for the future will have been made.