The End of Self-Esteem 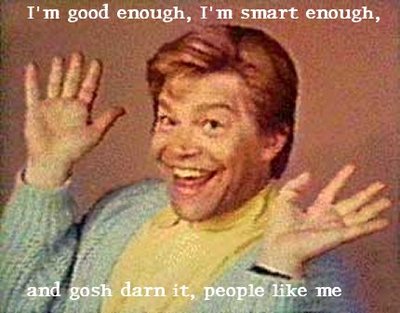 The backlash against self-esteem is afoot. Psychologists disowned the idea of self-esteem several years ago. Education scientists, always on the lookout for hand-me-downs from the psychology field, made it the hallmark of teacher training for several years. Teachers of my generation were reared to guard against anything that might destroy a student’s confidence. It is an important reminder. But studies have shown that our obsession with self-esteem has raised a generation of cocky youngsters, with very little about which to be cocky.

Such a flimsy idea as self-esteem was bound to meet its end someday. While normally its demise would be a cause for minor celebration, there is very little to celebrate in this instance. Education researchers go where the grant money is. Deformer groups like the Gates Foundation are looking for a bold new generation of education experts who push their familiar “no excuses” agenda. Chances are that the next 10 to 20 years will see teachers being trained in the latest “no excuses” research of the education field.

No excuses is a dangerous approach to education, especially when combined with standardized exams. We see this in the youth of South Korea, who commit suicide at rates far higher than their peers around the world. Their acceptance of nothing short of the best, as measured in high-stakes exams, has bred a nation of youth who constantly worry about not being good enough. Failure means dishonor. Dishonor is a bitter to pill to swallow when one believes they only have themselves to blame.

This type of neurosis is an outgrowth of the surveillance state. We are at the point where cameras record our movements, credit cards record our purchases and Google records our searches. The goal is not necessarily to track us, although that is a direct result of surveillance. Instead, the goal is to make us so neurotic that we act as if there are eyes on us all of the time. We begin to monitor ourselves with our inner cameras. Internalization is the ultimate goal of all discipline. It is important to note that discipline is not only exerted by the state (schools, prisons, etc.) but by private institutions as well (corporations, hospitals, etc.)  A battalion only marches in formation after everyone has internalized the movements.

Marching in formation is exactly what standardized exams and “no excuses” aim to accomplish. It means kids who get their exams back will find nothing but indications of what they did wrong. A kid who gets a 75 will have an exam 25% marked by the teacher (or machine). The results of these exams, as per the deformer formula, will determine the future of these kids’ schools. In that case, “no excuses” and standardized testing are really exercises in arbitrary judgment. Considering that the deformers also happen to be the major employers of tomorrow, it behooves them to produce a populace raised in this manner.

Children reared on arbitrary judgment become workers who accept arbitrary judgment. That means people who will not question their employer when their rights are stepped on or their jobs downsized. After all, maybe they did something wrong to warrant being stepped on or downsized. Just like there were a bunch of unexplained red marks next to their wrong answers when they were kids, their unexplained turn of bad fortune was due to some mistake on their parts. People who think this way are not so much human as they are proto-human. They are cavemen who believe that the dragging of their knuckles or the stoking of a fire can bring on a volcanic eruption. “No excuses” and standardized testing is a recipe to raise a generation that will be paralyzed by self-doubting neurosis.

At last, a childhood filled with judgment and self-doubt makes one insecure. Insecure people are perfect prey for advertising and consumerism. They constantly believe they are not (choose one: smart, pretty, cool, wealthy, happy) enough, therefore they need a constant stream of (choose one: online schools, makeup, designer jeans, pyramid schemes, self-help books) to fill the void. Anything that holds out the promise of making them whole will be in high demand. They will need to be made whole only after their education breaks them in half.

We should never lose focus on who the education deformers are. They are more than just a ragtag bunch of concerned billionaires. They are the people who run the economy, controlling what is to be produced and how to produce it. Their ideal system is a nation of zombies who will do any work and buy any product. Education deform is just their way of hollowing out the American spirit. There is no room for innovation or confidence. Only neurotic troglodytes who constantly doubt themselves will be allowed to thrive in the future. While self-esteem is meeting its long overdue end, what promises to replace it is much darker than we can imagine.